We smoked a lot of cigars in 2014 and now it’s time to announce our top 10 cigars of the year. Just a quick bit of information on how these are selected is below. Since we have always prided ourselves on the notion of the “everyday man (or woman)” style of review, our Top 10 is not going to be limited to just cigars that were released in 2014, but that we tried for the first time in 2014. We smoked just over 100 different cigars for review in 2014 and we are pleased to present to you our Top 10 of the year as well as 5 Honorable Mentions, click here or below to see who made the list, watch the reviews see our ratings. 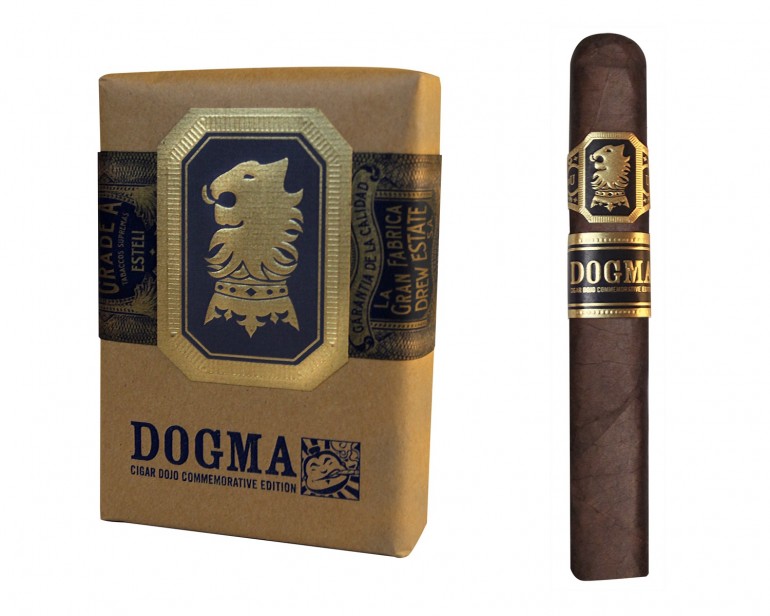 Miami, FL – Drew Estate announced today their plans to release a new size within their Undercrown cigar line. The size will be called Undercrown “Dogma”, and has been created to celebrate the one-year anniversary of the online community Cigar Dojo. The blend of “Dogma” is based on the Undercrown Corona ¡Viva! and is comprised of Mexican San Andreas wrapper, Connecticut Stalk-Cut Habano binder, and Nicaraguan & Brazilian Mata Fina fillers. The “Dogma” will come in a 6 x 56 box-pressed vitola.

When asked about the “Dogma” project, Jonathan Drew said, “we have been major supporters of Cigar Dojo from the beginning. A handful of Drew Estate employees, myself included, are Dojo members, and we have always been floored by the support Drew Estate has received on the app and website. When Eric (owner of Cigar Dojo) approached us about coming up with this special commemorative cigar, it was a no-brainer. My dad, “Baitfish” Gary, came up with the name ‘Dogma’.”

In tandem with the release of the new “Dogma” size, Drew Estate will be running a social campaign and giveaway through their website which will allow consumers to try the cigar before it hits the market. To enter, visithttp://drewestate.com/dojodogma. Unfortunately, the giveaway is not available in MA, MI, and VA due to anti-tobacco promotion laws within those states.

The Undercrown “Dogma” will be available for pre-order Friday, March 28th, 2014, through SmokeInn.com. In the meantime, make sure to enter Drew Estate’s “5 Days of ‘Dogma’” giveaway for your chance to try the cigar before anyone else in the country.